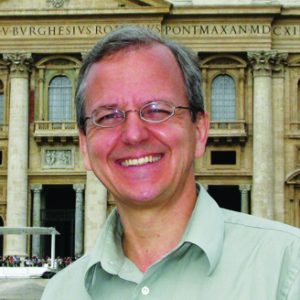 Dr. Thiel runs a clinic in Grover Beach, County of San Luis Obispo, California.
A recently published study found that he was able to help 929 of 945 who saw Dr. Thiel Reported Improvement.
He can help you or a loved one. Call 1-805-489-7188 to schedule an appointment.

Folic acid gets a lot of press coverage.  There are many reports that folic acid should be taken by pregnant women and may prevent birth defects.  Folic acid has also been claimed to help prevent cardio- and cerebral-vascular diseases.  Yet few reports have mentioned that folic acid is unnatural, folic acid is synthetic, and that the body cannot properly convert much folic acid into a usable folate form.  Furthermore, concerns about folic acid feeding cancer are now a real concern in the 21st Century—too much folic acid may kill you.

“Folic acid is a synthetic folate form” [1] and was not developed until the 20th Century [2].  Folic acid is chemically known as pteroylglutamic acid (PGA) and is a crystalline substance (no food vitamins are naturally crystalline in structure) [2,3].  Folate, once also known as vitamin B9, exists in foods, yet crystalline folic acid does not [1-4].  Folates also differ from folic acid “in the extent of the reduction state of the pteroyl group, the nature of the substituents on the pteridine ring and the number of glutamyl residues attached to the pteroyl group” [1].

An Irish study found that the body has trouble converting more than 266 mcg of folic acid per day [2]. “(C)onsumption of more than 266 mcg of synthetic folic acid (PGA) results in absorption of unreduced PGA, which may interfere with folate metabolism for a period of years” [2].  A 2004 paper from the British Medical Journal confirmed what many natural health professional have known all along: since folic acid is unnatural and the body cannot fully convert large amounts of it into usable folate, this artificial substance can be absorbed and may have unknown negative consequences in the human body [4].  One of the biggest scientific concerns about folic acid is that even in amounts close to official daily recommendations, some of it is absorbed in unreduced form into the bloodstream with potentially dangerous results [2,4].  Also, “(i)n vitro studies do show that PGA derivatives act to inhibit certain enzymes, including those associated with nucleotide biosynthesis” [4].  In spite of this, the U.S. Food and Drug Administration has required that uncooked cereal grains and flour products be fortified with folic acid [1].

A JAMA study recently concluded that “studies have suggested that folate intake decreases risk of cardiovascular diseases. However…[f]olic acid supplementation has not been shown to reduce risk of cardiovascular diseases” [5].  This is because studies using folate (the natural form) show it works, yet folic acid (the synthetic form) does not.  Food folate is clearly superior.

Since food folate is natural and is absorbed through a different pathway than folic acid [2], long-term consumption of folate does not result in an accumulation of a foreign substance in the body, but instead has many benefits.

Initially, food folate was given for people with a pregnancy-related anemia in the form of autolyzed yeast; later the synthetic form, folic acid, was developed [2].  Folic acid, as it exists in most supplements, is not found in foods, folates are [2].  USDA reports show that broccoli and alfalfa sprouts contain food folate [6,7] and they are considered to be the best food supplement source by some.  Furthermore, “folates are ubiquitous in nature, being present in nearly all natural foods…50 to 95% of folate in food may be destroyed by protracted cooking or other processing” [2].  Yeast, dark green leafy vegetables, and oranges have the highest folate content [1,2].

Folate is an important nutrient for healthy blood; the absence of any of it can trigger various forms of anemia (especially pernicious anemia) [2,8].  Subclinical deficiencies of folate may impair cognitive function [9].  Folate deficiency is the most important determinant in high homocysteine levels [9], and supplemental folate is effective in reducing homocysteine [10,11].  (Homocysteine is highly implicated in vascular diseases such as cardiovascular and other vascular disorders.)  “The major forms of folates found in food are methylTHF and formylTHF” [12].

While insufficient folate can result in fatigue, depression, confusion, anemia, reduced immune function, loss of intestinal villi, and an increase in infections [1,2,8], it is not totally clear what dangers long-term consumption of folic acid will cause [2,4].  Certain scientists believe that excessive consumption of folic acid may actually interfere with folate metabolism [2]—this could be expected to worsen conditions that would have otherwise benefited from real food folate.  Furthermore, “(v)ery large amounts of folic acid in its pharmacological oxidized (PGA) form may be noxious to the nervous system…and have provoked seizures in patients otherwise under control on anticonvulsant therapy” [2].

A 2010 report states, “”The more we learn about folic acid, the more it’s clear that giving it to everyone has very real risks,” says folic acid researcher David Smith, PhD, a professor of pharmacology at the University of Oxford in England…The risk experts worry about most: colon cancer. Last year, health officials in Chile reported that hospitalization rates for colon cancer among men and women age 45 and older more than doubled in their country since fortification was introduced in 2000. In 2007, Joel Mason, MD, director of the Vitamins and Carcinogenesis Laboratory at the Tufts University School of Medicine, described a study of the United States and Canada suggesting that rates of colon cancer rose — following years of steady decline — in the late 1990s (around the time our food was being fortified)” [13].

The same report also states, “Other research links high doses to lung and prostate cancers. In one study conducted in Norway, which doesn’t fortify foods, supplementation with 800 mcg of folic acid (plus B12 and B6) daily for more than 3 years raised the risk of developing lung cancer by 21 percent. Another, in which men took either folic acid or a placebo, showed those consuming 1,000 mcg of folic acid daily had more than twice the risk of prostate cancer. And a new worry recently came to light when scientists discovered the liver has limited ability to metabolize folic acid into folate — which means any excess continues circulating in the bloodstream. “Unlike folate, folic acid isn’t found in nature, so we don’t know the effect of the excess,” says Smith. Indeed, many scientists have grown increasingly concerned about mounting research — including a study published last winter in the Journal of the American Medical Association — suggesting that all the extra folic acid might increase your odds of developing cancer” [13].

Even foods “fortified” with folic acid may cause serious neurological problems in patients deficient in vitamin B12 [12].  Furthermore, “no folic acid dose can be considered as truly safe in the presence of untreated cobalamin deficiency” [12].

Laura Bell correctly reported, “We all need the natural folate found in leafy greens, orange juice, and other foods, and diets high in these foods are perfectly healthy; many researchers, though, believe that folic acid may be both friend and foe. When cells in the body are healthy, folate helps shepherd along the normal replication of DNA. But when cells are malignant or in danger of becoming so — and as many as half of adults older than 60 could already have precancerous colon polyps, while most middle-aged men have precancerous cells in their prostates — animal studies suggest excess folate in the form of folic acid may act like gas on the fire… lowering your intake to 400 mcg won’t hurt — and might help save your life” [13].

It is clear that since folic acid is unnatural, is synthetic, is chemically different, is structurally different, and is not absorbed in the same pathways as folate, long-term folic acid consumption may be hazardous to human health.  Folate in foods is what is safe and is the preferred form of folate for human consumption. Excessive folic acid may make cancer worse. And unlike folic acid, humans have been safely consuming food folate for thousands of years.

I have been warning people against folic acid for many years [3,14].  Now it is becoming clearer and clearer that those warnings should have been heeded by more people.  Everyone should be concerned about taking synthetic/isolated USP vitamins like those containing folic acid.

Above article is expected to be published as Thiel R.  Is Folic Acid is Hazardous to Your Health.  What About Food Folate?  The Original Internist, June 2010.
Some of these studies (or citations) may not conform to peer review standards, therefore, the results are not conclusive.  Professionals can, and often do, come to different conclusions when reviewing scientific data.  None of these statements have been reviewed by the FDA.

Some of these studies (or citations) may not conform to peer review standards. Therefore, the results are not conclusive. Professionals can, and often do, come to different conclusions when reviewing scientific data. None of these statements have been reviewed by the FDA. All products distributed by Doctors’ Research, Inc. are nutritional and are not intended for the treatment or prevention of any medical condition 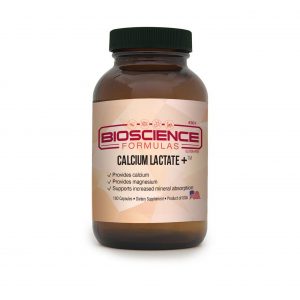 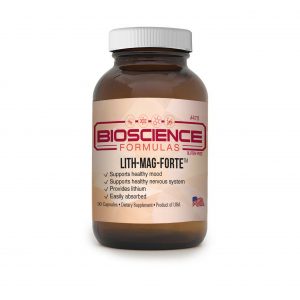 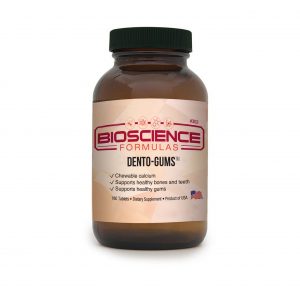 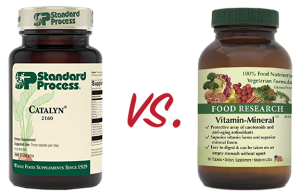 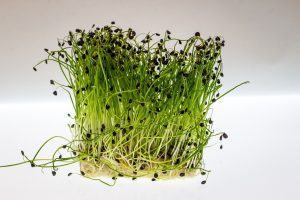 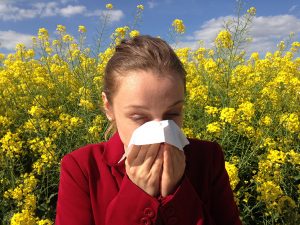 The immune system is quite complex, but when it reacts to normally harmless foods and pollens allergies, sinus complaints, and/or asthma can result. Throughout the past couple of centuries, many Foods have been consumed to help reduce the histamine-type reactions that allergies tend to produce. 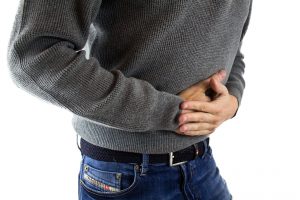 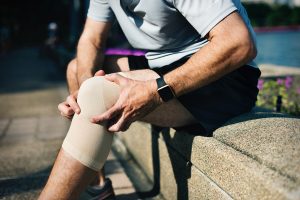 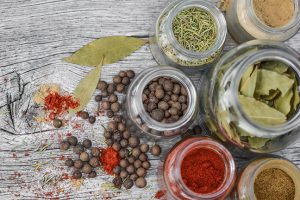 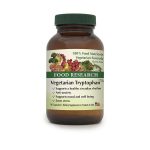 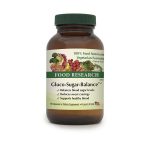 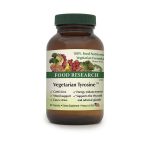 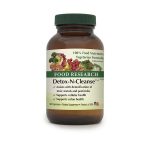 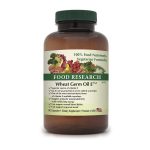 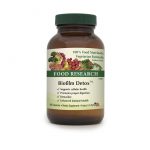 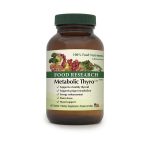 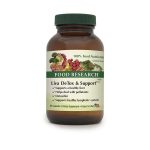 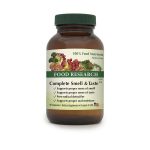 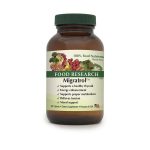 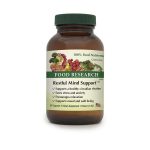 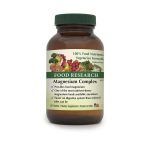 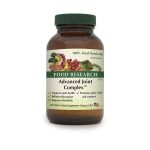 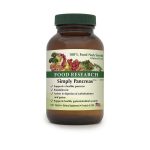 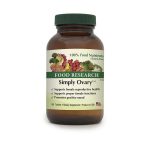 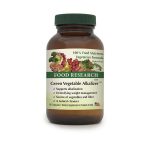 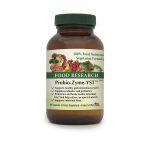 Photos and Images are all used by permission from Pixabay.com & Pexels.com except for those that are Owned and Copyrighted by Doctors Research, Inc.