Doctors’ Research is dedicated to improving the quality of everyone’s life by providing the safest, the best,
and the most effective 100% FOOD supplements available through health care professionals.

Doctors’ Research demonstrates its commitment to the world by:

Never sourcing any vitamins or mineral from USP or inorganic source in our products.

Utilizing environmentally friendly practices in the growing and processing of the foods that go into the dietary supplements.

Never utilizing any porcine, shellfish, or USA-derived bovine glandulars in the products.

Never using porcine gelatin for capsules (or anything else).

Publishing in scientific journals the benefits of 100% whole food nutrients and other ingredients in dietary supplements.

Utilizing techniques which have been proven over decades to provide the best quality 100% FOOD dietary supplements.

Having the very best vegan vitamin and mineral-containing 100% FOOD products on the market.  While rocks and petroleum derivatives are apparently legally labled “vegan”, they are not 100% FOOD and are not in any FOOD brand products.

Having products tested for quality to insure that they exceed the highest standards in the dietary supplement industry.

Never compromising on providing only those forms of vitamins and minerals as found in real foods along with the naturally-occurring health promoting food substances (such as protein-chaperones and enzymes) as dedicated health care professionals expect.

A seventy-second video providing an overview of Doctors’ Research and the advantages of Food vitamins and mineral supplements over the usual USP synthetic vitamins and industrially-processed rocks that nearly all other professional companies use.

FOOD. . . Doctors’ Research is about Food – Other nutrient companies are not. All nutritional supplements distributed by Doctors’ Research are 100% Food! Our slogans, our processes, and our products are all about Food. When we at Doctors’ Research say, Don’t break the chain!, we mean don’t break the Food chain. We are surprised that other supplement companies seem to feel that it is ‘natural’ for humans to eat synthetic vitamins, most of which are not even the same chemical form (and less of which are in the same structural form) as vitamins found in Food. We are surprised that most other supplement companies seem to feel that it is ‘natural’ to supplement human nutrition with chemically-treated crushed rocks and petroleum derivatives. While nature teaches us that plants have the ability to ingest these types of substances and render them as Food, it also teaches us that humans are not plants and should not directly consume crushed rocks.

Humans naturally do not consume soil or other crushed rocks. If they do, medically the condition is termed ‘pica’ or ‘geophagia’. Yet everyday, millions of Westerners (generally unknowingly) consume dozens of industrial processed rocks to ‘supplement’ their diets–these products normally contain dozens of substances that are not natural for humans to consume. Should people swallow rocks, industrial chemical compounds, petroleum derivatives, ammonia, and cyanide daily? Well, they do. Should your body, or the bodies of your clients, be a dumping ground for these industrial substances? We think not!

We at Doctors’ Research understand the need for supplementation, given modern lifestyles and the highly processed foods in the food supply. However, we feel that supplementation should be from Foods and that these Foods should contain their nutrients in the same chemical and structural forms as those found in real human Foods. We also feel that the supplements should contain the Food factors needed for proper absorption and utilization. Even modern science recognizes that minerals need protein chaperones for optimal absorption, yet isolated mineral salts (as are commonly found in so-called ‘natural’ supplements) do not contain them. Foods (including the Foods used at Food Research International Ltd) do naturally contain these substances.

Foods distributed by Doctors’ Research are  specially-grown, with most being hydroponically farmed (since the US has not established

organic standards for hydroponically farmed Foods, we cannot currently label our US products as organic). Our growing processes build on the laws of nature, as it is well known that plants will increase their absorption of nutrients if more nutrients are present in their environment. The plants are then harvested, dried under controlled conditions, and put into forms which allow tableting. The Foods we commonly use include acerola cherry, citrus,  carrots, herbs (various), kelp, nutritional yeast, mushrooms, pumpkin seeds, rice and rice bran, and spinach. Our Foods contain no Genetically Modified Organisms (GMOs), based on average laboratory analysis. In some of our specialty formulas we also include pasture-raised bovine glandulars. Our products do not cause nor contribute to ‘yeast-infections’ (actually, research suggests that the nutritional yeast we use helps the body combat those types of infections), and the cell wall of our nutritional yeast has also been enzymatically-processed to improve nutrient absorption and decrease the possibility of any food sensitivity.

Because our products are Food, it is not necessary to consume them with Food (though they certainly can be). Food ingredients sometimes will vary from those listed in our literature.  Many people who previously have complained of problems associated with the commonly sold synthetic, crushed-rock, ‘natural’ vitamin and mineral formulas, have reported that they have been able to tolerate and benefit from our Food products.

Our clinical research group is headed up by Robert Thiel who holds a Ph.D. in nutrition science as well as a doctorate in natural health. Dr. Thiel authored the world’s leading MEDLINE medical journal article on natural vitamins. Dr. Thiel has been named Research Scientist of the Year and Physician of the Year plus has received the Orthomolecular Leadership Award for his leading edge natural health research. He was also a licensed naturopathic physician in Idaho.

Unlike some companies, we do not engage in slick marketing. Our literature contains solid scientific information–we encourage you to read all of it. We believe that since you are interested in truly natural health, you will recognize the benefits associated with using real Food supplementation, as well as the benefits of avoiding industrial chemicals that are in other companies’ products. We truly appreciate your interest in our products and trust you will share our story with your clients.

Robert Thiel, Ph.D. is not a medical doctor, nor does he portray himself as one. He is a nationally recognized nutrition researcher, scientist, naturopath, and a natural health consultant. He believes that clinical science demonstrates that through nutrition and lifestyle changes, the body can heal itself of both chronic and acute ailments; and that for congenital disorders, symptoms associated with them can often be reduced or eliminated.

Dr. Thiel first became interested in natural health in the early 1970s when he suffered from problems which the medical profession was unable to identify or properly treat. After a close relative received a diagnosis that indicated she had a 90% chance to die within five years (she is still alive 26 years later), he began his formal studies into the areas of natural health, naturopathy, and nutrition. These studies included both traditional and non-traditional approaches. He began to use Reflex Nutrition Assessment in the late 1980’s and has completed accredited training in the use of this type of technique. He possesses a fully accredited Doctor of Philosophy (Ph.D.) in Nutrition Science from the Union Institute and University, a Doctorate in Naturopathic Medicine/Doctorate in Natural Health from First National University of Naturopathy (of the United States School of Naturopathy) the nation’s oldest and only federally-chartered naturopathic university), a Naturopathic Diploma from the International College of Naturopathy (a California State approved institution), an M.S. from the University of Southern California, and four other degrees. His wife, Joyce, is also involved with natural health and possesses a B.S. in Nutrition.

He is a prolific researcher and has over 60 technical papers published. He has written several books including Combining Old and New: Naturopathy for the 21st Century which is available to the general public. Dr. Thiel’s research in the area of nutritional and herbal supplementation on improving t-lymphocyte counts, on those with compromised immune systems, captured the attention of the National Institutes of Health, National Cancer Institute, and National Institute for Allergy and Infectious Disease, all of which concluded his research had “significant scientific merit”.

In 1996, he was contacted by a doctor who was assisting part of the US Olympic beach volley ball team because of his work in developing a nutritional endurance product. Dr. Thiel has also advised numerous athletes on how to improve performance, endurance, and recovery times.

Dr. Thiel is the first scientist since World War II to get a paper published in a major medical journal explaining why vitamins found in foods and 100% food vitamins are superior to the synthetic forms that most others take (Thiel R. Natural Vitamins. Medical Hypotheses, 2000; 55(6):461-469).

In addition to performing research, Dr. Thiel conducts private holistic counseling in his office in Gover Beach, California (located in the County of San Luis Obispo). This counseling is oriented towards health improvement, health strengthening, nutrition/natural health education, and the prevention of health problems. This counseling normally involves the use and role of diet, herbs, glandulars, homeopathics, vitamins and other nutrients, and sometimes other approaches to natural health. 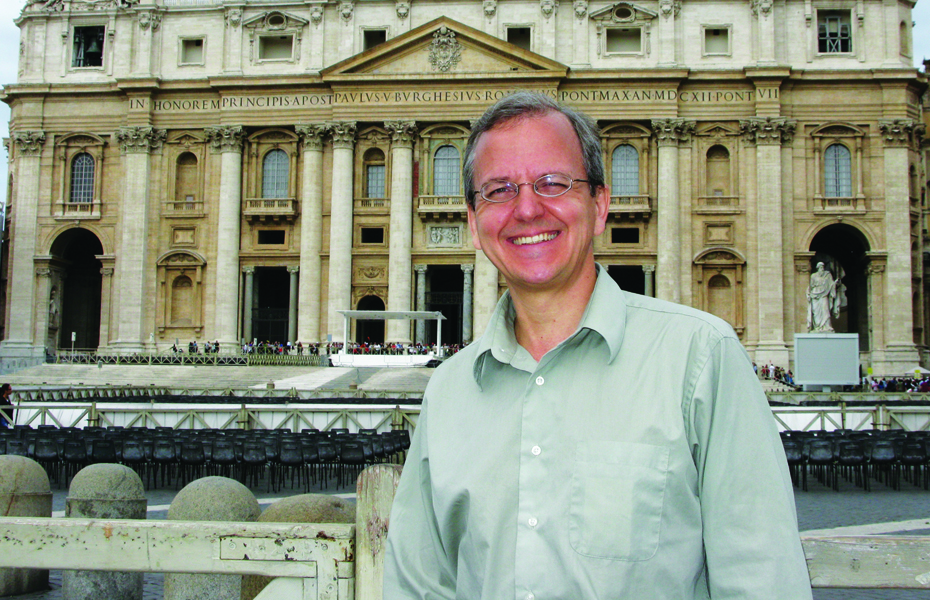 Dr. Thiel received the Leadership Award from the Orthomolecular Health Medicine Society and he has been named Research Scientist of the Year, Physician of the Year, and Disability Researcher of the Year by the largest American naturopathic association. Dr. Thiel has had the only comprehensive paper published in a medical peer-reviewed journal (Medical Hypotheses) on the advantages of natural food vitamins over synthetic ‘nutrients’.

A recently published study found that he was able to help 929 of 945 who saw Dr. Thiel reported improvement. He has had significant success helping those with Down Syndrome and has published at least six articles on the clinical use of nutrition for Down Syndrome. He can help you or a loved one.

Dr. Thiel’s clinical success rates have been nothing short of phenomenal. A summary of eight published studies (involving 900 plus subjects and multiple ailments; see 929 of 945 Who Saw Dr. Thiel Reported Improvement) revealed that an astonishing 98.42% of those who followed his natural health recommendations reported at least some improvement within 1-90 days! In February 2000, Back to Herbs declared, “Dr. Thiel has the highest overall clinical success rate of any natural health practitioner in the United States.”

Dr. Thiel has found that natural approaches to health, including nutrition, can be an important contributor to health and well being. He believes that through naturopathy, people can make tremendous differences in their own health and quality of life. However, he has learned that it is extremely important to individualize recommendations (as opposed to making recommendations for specific disease conditions). Dr. Thiel believes that his high clinical success rates are the result of following that philosophy. In addition to being the founding director of the Down Syndrome-Epilepsy Foundation, Dr. Thiel was co-director of the Center for Natural Health Research, a non-profit organization which supplied research and other items for those interested in natural interventions.

Since 1998, Dr. Thiel has been president of Doctors Research, Inc a company that distributes food vitamins and other 100% food supplements to health care professionals.
Dr. Thiel is not a medical doctor. None of this research is medical advice, nor should it be construed as medical advice; nor is any of this information specific for any individual.